BOSTON, MA - The Barrett Anderson Band announces a September 25 release date for their exciting new live album, HypnoBoogie, on Whitaker Blues Records.  Captured during one show at The Fallout Shelter in Norwood, Massachusetts, on February 1 (by special arrangement with Bill Hurley),  HypnoBoogie packs all the energy and passion of the band's legendary live shows their fans have come to expect on the new disc.

HypnoBoogie features seven blazingly original songs that also allow the band excursions into the outer edges of the blues/roots genre, as well as four scintillating covers of songs from Bo Diddley - "Mona;" Magic Sam - "Lookin' Good;" Son House - "Grinnin' In Your Face;" and The J. Geils Band - "(Ain't Nothin' But a) House Party."

"We brought it," Barrett Anderson says of that special night's recording.  "The Barrett Anderson Band delivered.  We managed to capture the entire album in front of an audience that night - one take of each song - and we played hard.  We boogied.  We moved.  We grooved.  We let it all out, and once it's out, it can't go back in."

"We simply did exactly what we had hoped to," Charlie Mallet chimes in.  "We tuned in, closed our eyes, and played our music the only way we know how - with everything we have."  "This is a live band," Doug MacLeod adds.  "We improvise every night, striving for a feel or a spirit while letting the music guide us there.  We couldn't have captured this in a studio.  This soul, this energy, this vibe is something we all tune in to when we walk on stage."  "HypnoBoogie is a mix of influences," Jamie Hatch summarizes.  "It's not blues, although there are blues influences.  It's not rock, although we've taken plenty of cues from The Rolling Stones."

Barrett Anderson started playing the guitar at 13, and shortly thereafter discovered and fell in love with the blues. His first professional experience came at age 15, backing up the legendary Pinetoop Perkins and "Steady Rollin'" Bob Margolin.  When he was 16, Anderson joined Ronnie Earl & The Broadcasters, who he played with from 1999-2002.  During this period, he was also heavily immersed in country blues, studying with Paul Rishell, and was particularly taken by Son House and Skip James.  From 2002-2005, Anderson was a member of The Monster Mike Welch Band, and is featured on the 2005 recording, Adding Insight to Injury.

In 2007, Barrett Anderson released his debut album, All The Way Down, recorded in North Mississippi and produced by Jimbo Mathus of Squirrel Nut Zippers.  His second album, The Long Fall, was released in 2012 and featured an organ trio lineup consisting of Anderson, Ron Levy and Per Hanson, which had a five-year run.  In 2013, Anderson won a Boston Music Award as "Blues Artists of the Year," edging out Roomful of Blues, and James Montgomery.

"I've always valued originality in music," Anderson states.  "I love the early days of Chicago blues, when Muddy, Wolf and Walter were inventing the genre every night in sweaty clubs full of people there to get down to business.  I love Magic Sam and Junior Wells in the '60s, pushing the music forward by adding soul and R&B to the mix.  I love Jimi Hendrix somehow synthesizing everything that came before into a beautiful squall of sound you could feel.  Find influences where you can and celebrate them.  Drive the music forward.  Don't treat music like a museum piece.  We were striving to play songs that feel vital and alive on this album.  We didn't want to just play 12-bar blues shuffles all night.  We wanted to play groovy music to get down to - music that makes you move, makes you swing and sway.  Music that makes you feel something deep down, deep down.  That is HypnoBoogie."

The sounds of Boston are embedded in the band's DNA.  "While I was a teenager in the '90s, there was a vibrant blues scene here," Anderson recalls, "and it was easy to see national touring acts and local legends every night of the week - and I did.  I took in all I could."

In addition to the blues influences he was soaking up, Anderson absorbed all the sounds of the diverse scene around him.  "Morphine (the '90s "low rock" band led by 2-string slide bassist Mark Sandman) is one of my favorite bands," Barrett says, "and you can especially hear that influence in the swampy, sultry groove in our song, 'Emma Lee'."

The Barrett Anderson Band also acknowledges another one of Boston's great groups, the mighty J. Geils Band, with a red-hot cover of a classic, "House Party," that closes the album.  "We all grew up with The J. Geils Band," Doug MacLeod says.  "Regardless of what decade we grew up in, The J. Geils Band was part of it.  It's an honor to include 'House Party' on our album...  It just seems fitting."

We're trying to make something new; something that can stand tall next to our influences," Anderson says.  "We all get intense joy from making this music together and that joy is at the heart of this recording.  This is the best music I've ever been a part of.  This is a crystallization of everything - all the influences, emotions, sounds, and styles - I've been trying to capture since I first picked up the guitar 24 years ago."

Intensity, originality, creativity, and passion are at the heart of what The Barrett Anderson Band does, and they've managed to document all this on their powerful new release, HypnoBoogie.

WHAT BOSTON NOTABLES SAY ABOUT HYPNOBOOGIE

“HypnoBoogie - Barrett Anderson stands by his guitar, taking a deep dive into the blues and returning with the goods in a one-take jam of a 2020 live show that had to be preserved!” - Carter Alan, DJ

“Every note Barrett plays and sings is achingly sincere and viciously raw, his band rocks mightily and his songs are smart and catchy.” - Monster Mike Welch, musician

“Barrett Anderson played alongside the best musicians of the preceding generations of blues luminaries. He paid the requisite dues for the past 20 years and garnered accolades and awards, but that doesn't satiate the soul of a true artist. Anderson built the foundation required to offer the world an inspired and timeless document of American roots music with his current release, HypnoBoogie. Fans and aficionados of energetic guitar driven blues that incorporates flawless musicianship, unique tones, space, air and attack must acquire Mr. Anderson's latest offering.” - Jim Carty, DJ & Music Writer

"One of the year's most exciting live albums... It is the kind of refreshingly vibrant, grenre-crossing album that is a throwback to the days when rock 'n' roll acknowledged its roots in blues but ventured wherever the spirit took it," (Jay Miller, The Patriot Ledger, 9/23/20) 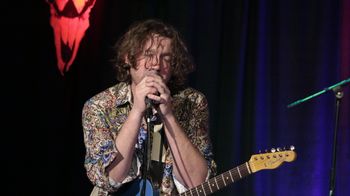 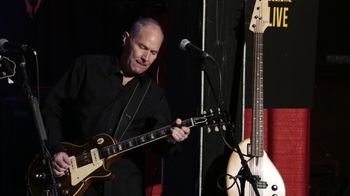 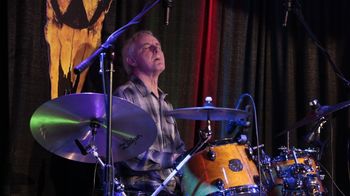 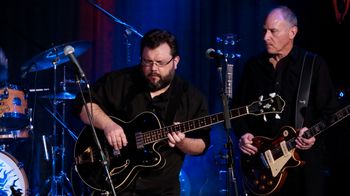 From HypnoBoogie, the new album by The Barrett Anderson Band

A single from HypnoBoogie, the new live album by The Barrett Anderson Band.

From HypnoBoogie, the new album by The Barrett Anderson Band